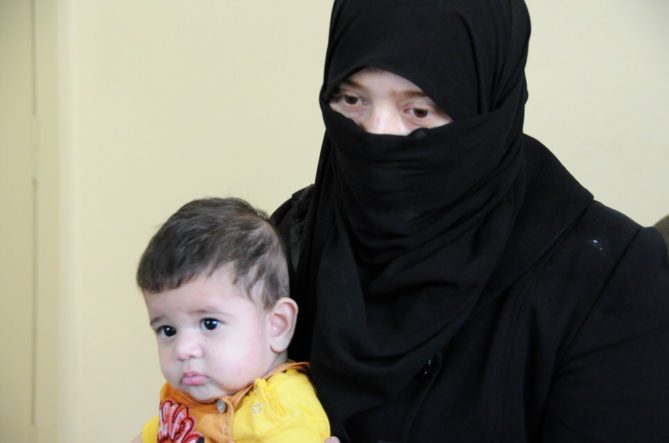 Photographing the Jordanian Women’s Union was part of my assignment for Salaam Cultural Museum‘s medical mission. Photographing the Jordanian Women’s Union provided me the opportunity to observe their work focused on the needs of others. It was emotional for me as a volunteer photographer. Their self-sacrificing and tireless work made me cry some nights as I witnessed their struggles. Volunteering in Jordan changed my life. That is a bold statement from an experienced world traveler, but here is a snippet of my experience. 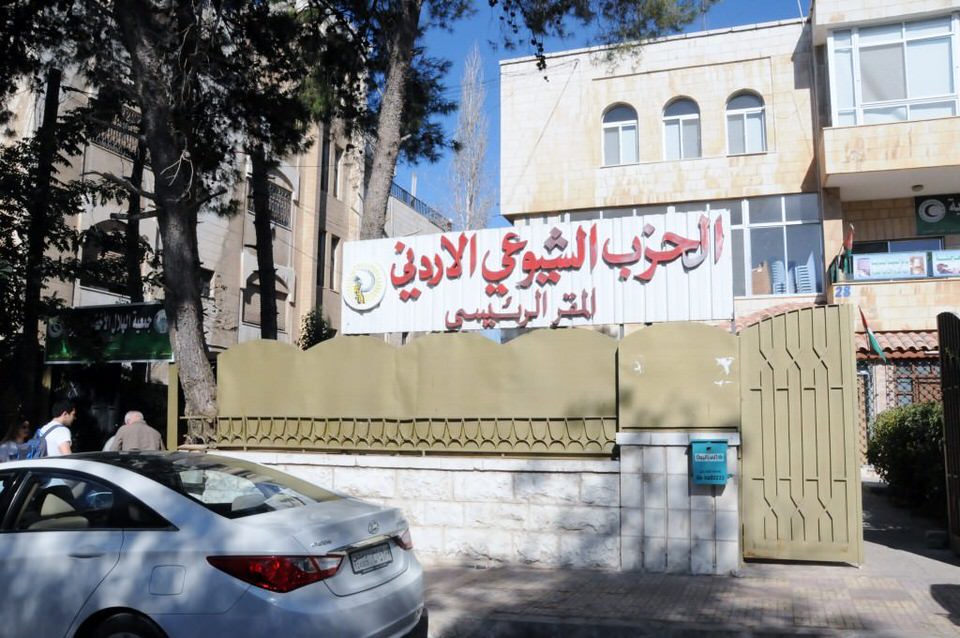 The people  I joined for this trip were mostly doctors, dentists, and medical staff. We had two and sometimes three photographers. Our home base was in Amman Jordan. In September, Jordan feels like a hot summer day in the Pacific Northwest. The evenings in Jordan seemed cooler than the nights in Seattle. Our hotel was one of the better ones, was centrally located, with a club, dining rooms and bar in the hotel. The downtown area of Amman is cosmopolitan and has many restaurants, cafes and shopping as well as clubs and ancient Roman ruins. 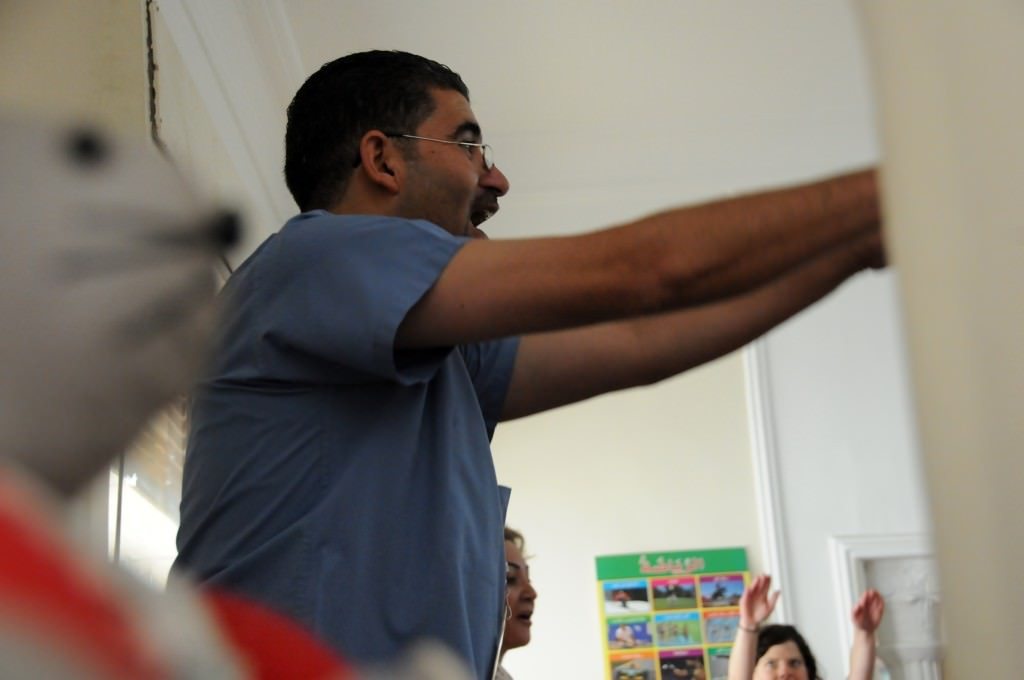 We stayed at a hotel in central part of Amman Jordan and went out each morning to different places to volunteer. Several of our volunteer locations were managed by the Jordanian Women’s Union. Each community center was hot, crowded and congested in the waiting area. People waited outside for hours before seeing a doctor. 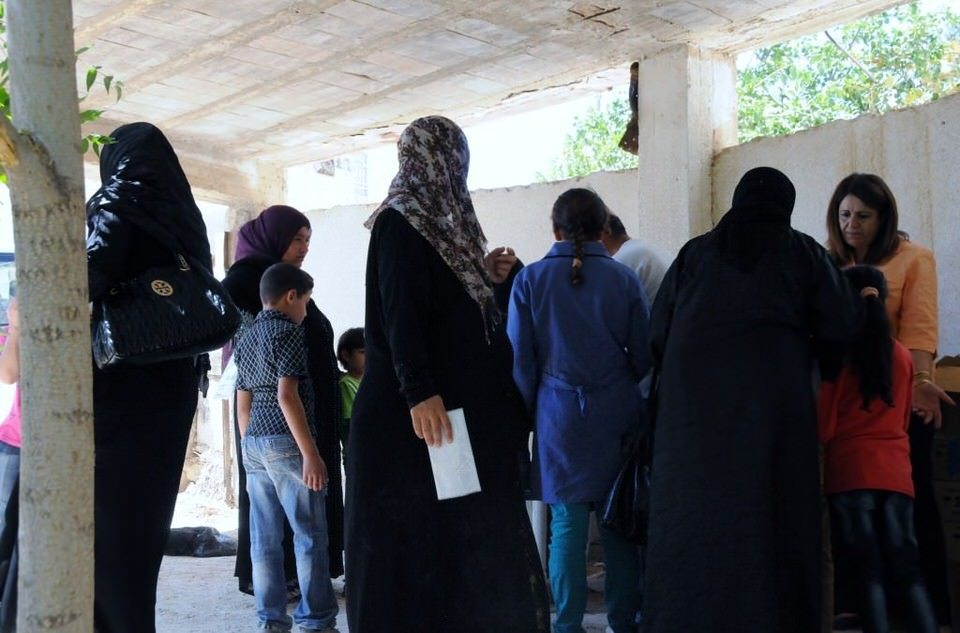 When we worked through the Jordanian Women’s Union, we operated from their local community centers. 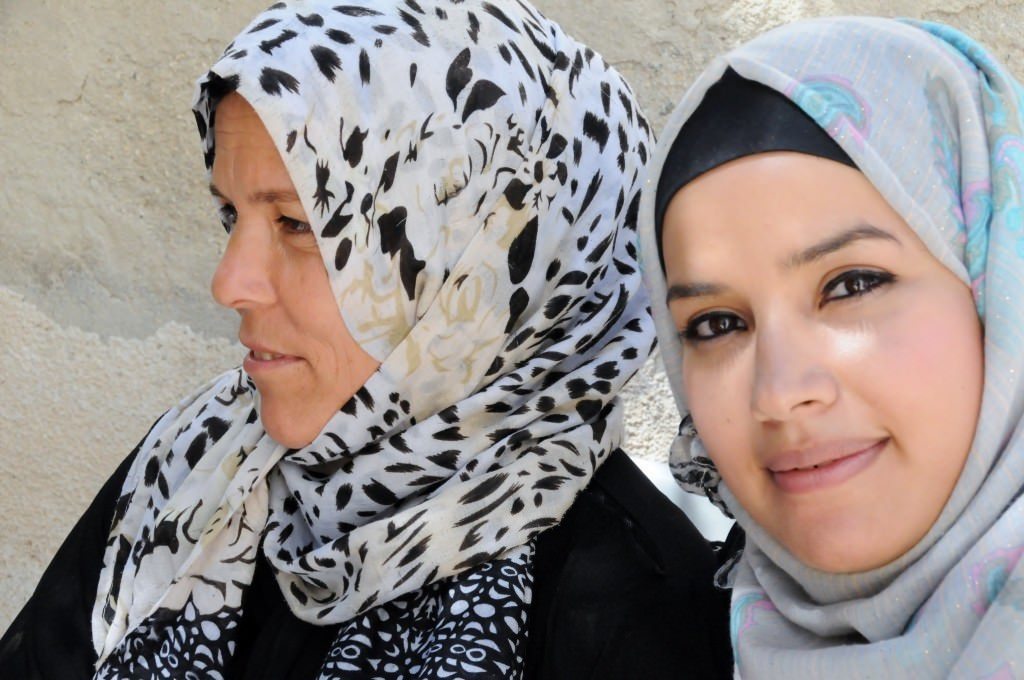 We set up separate rooms for specific medical services. The patients received triage, and an interpreter took a brief history. Then the specialist saw the patient based on their need. 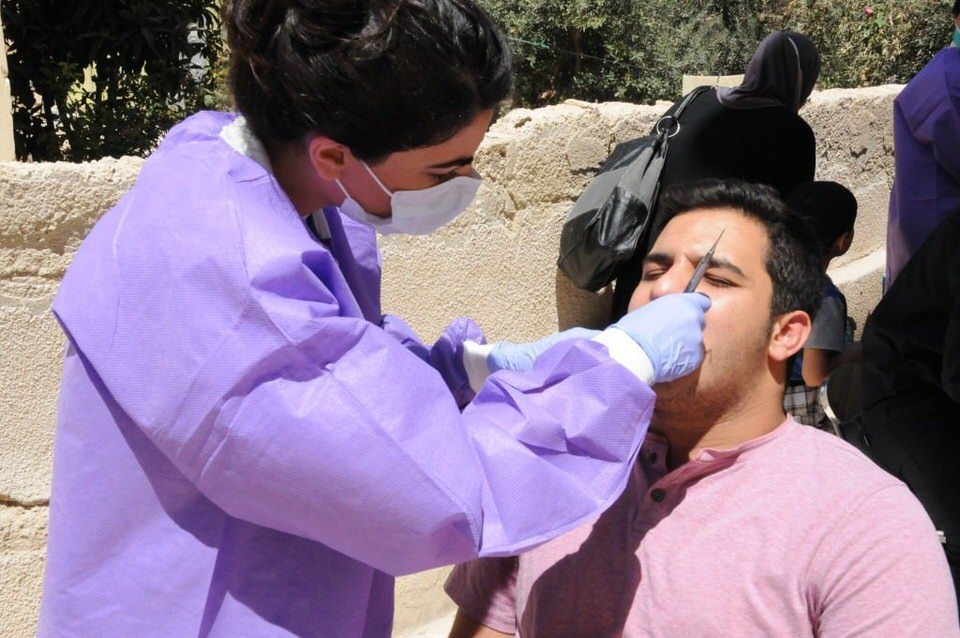 The Dermatologist was the favorite doctor. She saw everything. The dermatologist saw women with dark spots on their faces to men with fungus on their feet.

The worst thing I saw was a child with burns from an accident. The incident occurred several months earlier when an oil lantern spilled and the oil burned the child’s arm and neck. The Dermatologist tried to explain the very painful procedure.  She warned it wasn’t right for a toddler. The facility didn’t have pain medication. The parents wanted the procedure even though we didn’t have anything that could reduce the pain of the procedure. They insisted. The doctor began the treatment, and the child screamed while the mother insisted the doctor continue. The doctor soon told the parents she couldn’t continue. She explained it was as much as she could do. The doctor described how to treat the wound. They left and went back to the shelter. She explained to us that the procedure couldn’t be continued in this circumstance it was just too painful for the child.

We went to a school center providing psychology services to children. The children learned how to relax and play. They were learning yoga the morning I was there. The staff was gentle and soft spoken and were teaching the children how to have fun. Can we imagine having to teach children how to have fun? The culture of the women of Jordan was very respectful, gentle and soft-spoken. They reflected the Jordanian culture and etiquette. 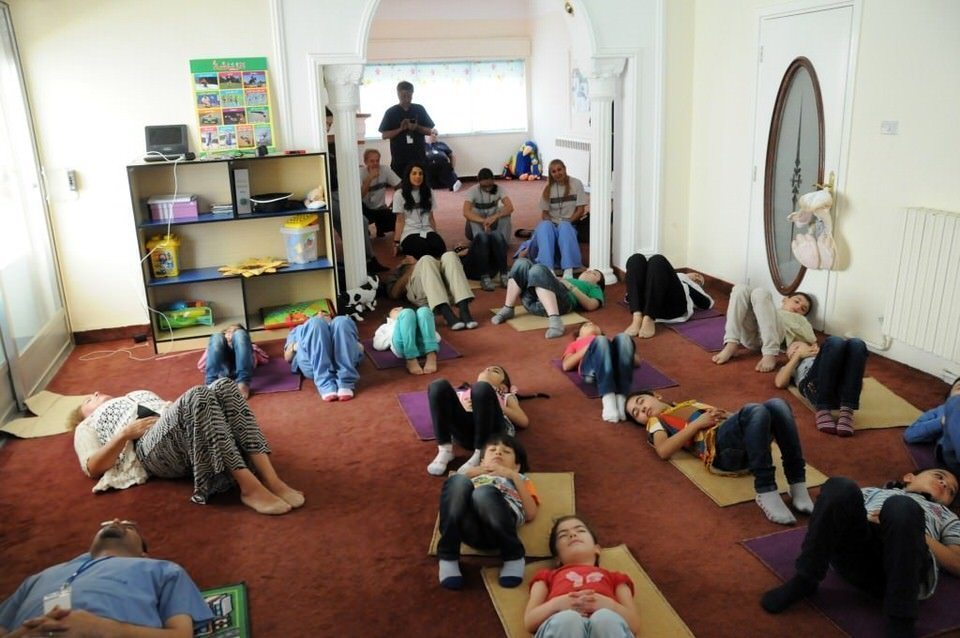 At this location, the psychologist taught the children how to practice yoga and relaxation techniques. 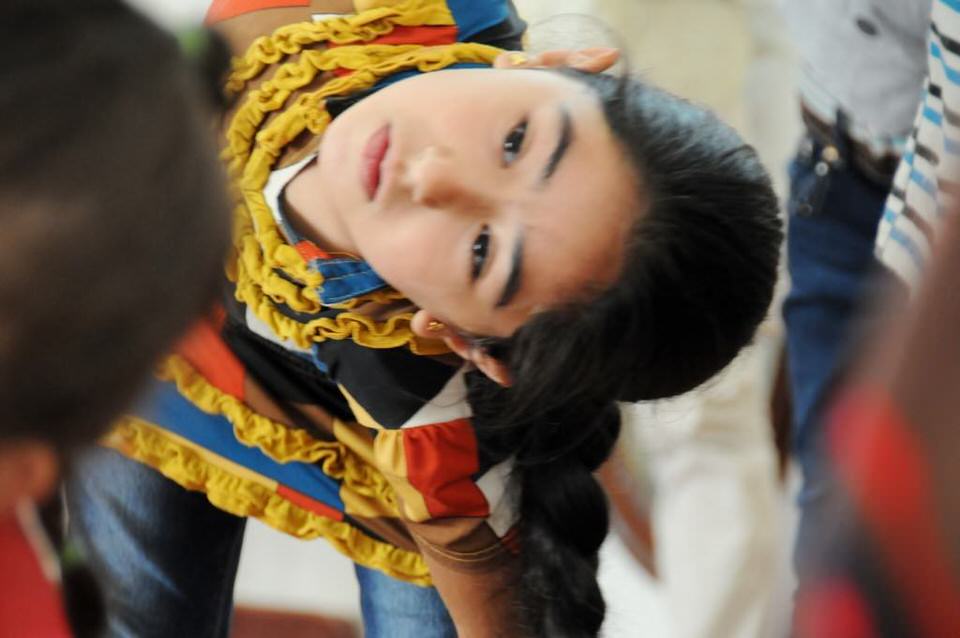 The patients saw other doctors such as Gynecologists, Internists, Family Practice Doctors, Psychologists, and Pediatricians. We even had a makeshift dental office set up outside to do routine procedures. The Gynecologist/OBGYN was very busy, most of the women she saw were pregnant. Each patient received baby goodies as a gift.  It was very special that the pregnant Gynecologist, who spoke Arabic. was helping other pregnant women.

At one of the UN Jordanian Refugee Camps about thirty minutes from Amman, the medical staff provided medical services at the camp for a few days.We also visited three other Jordanian Women’s Union Community service centers in Amman. Just think one out of every four people in Jordan is a refugee. The vast number of refugees requires free medical facilities and more medical volunteers.

Baby and Mother, so young, some moms by 19 have four children. 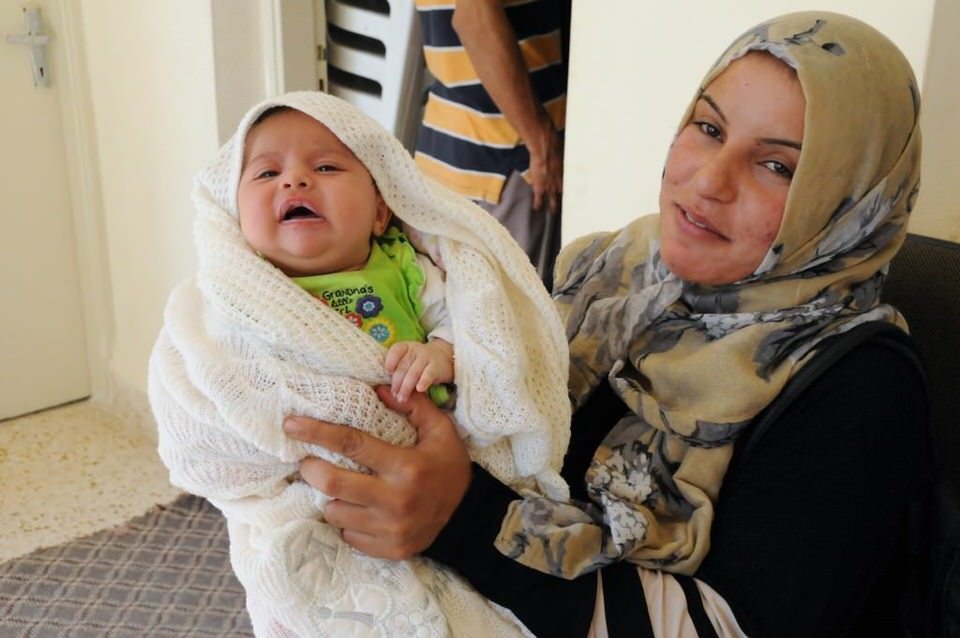 The next day the doctors provided more medical support at a community center to people of all ages. The doctors were in teams of two. In each team, there was one doctor who spoke Arabic. 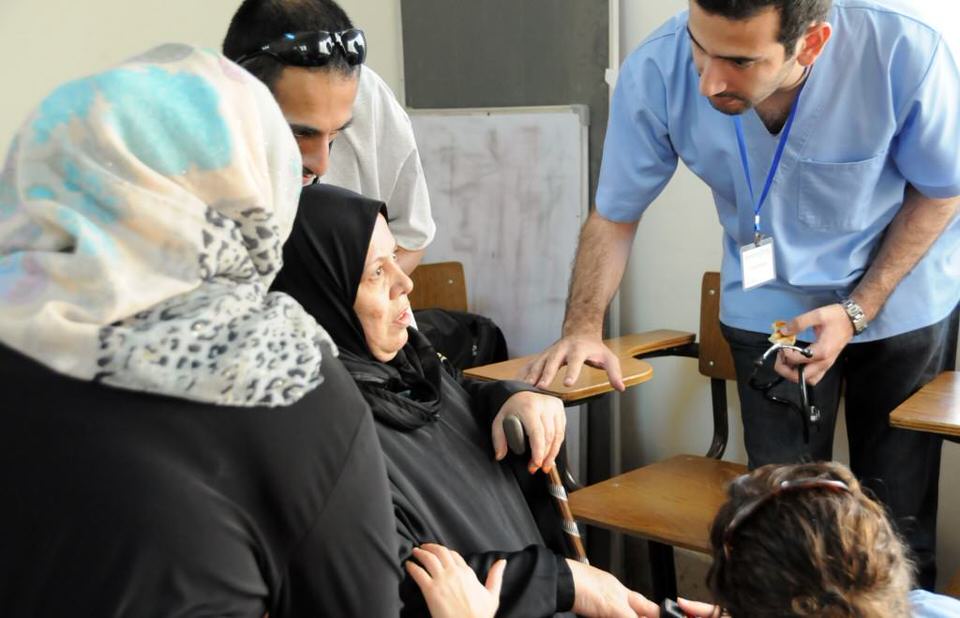 When you are a volunteer, you work long hours. The organizers might have evening activities planned. You are expected to attend. Even if you are tired, you do not go back to the hotel. As a photographer, I like to review my work each night so the staff has it the next day.  For me, this means long hours and not much time for socializing.

If you are a volunteer photographer, ask the sponsor if you can be excused from some of the evening activities, especially if there are several photographers. If you are the only photographer, then going to every event is imperative. Be sure to ask the sponsors for their expectations about when your photos are due. It’s very emotional taking the pictures and looking into the eyes of the children and patients. My heart went out to the refugees. You can see the hope in their eyes that they would go home soon. They have been through a lot. The future they face is uncertain and at times even desperate. Desperate because the people I spoke to wanted only to go home. They asked for nothing and expected even less. But they did have hope. Their desperation came from their desire to go home, and that doesn’t seem possible now or in the near future. Through all this strife, their attitudes were positive. They joked and their kids played with us and smiled. 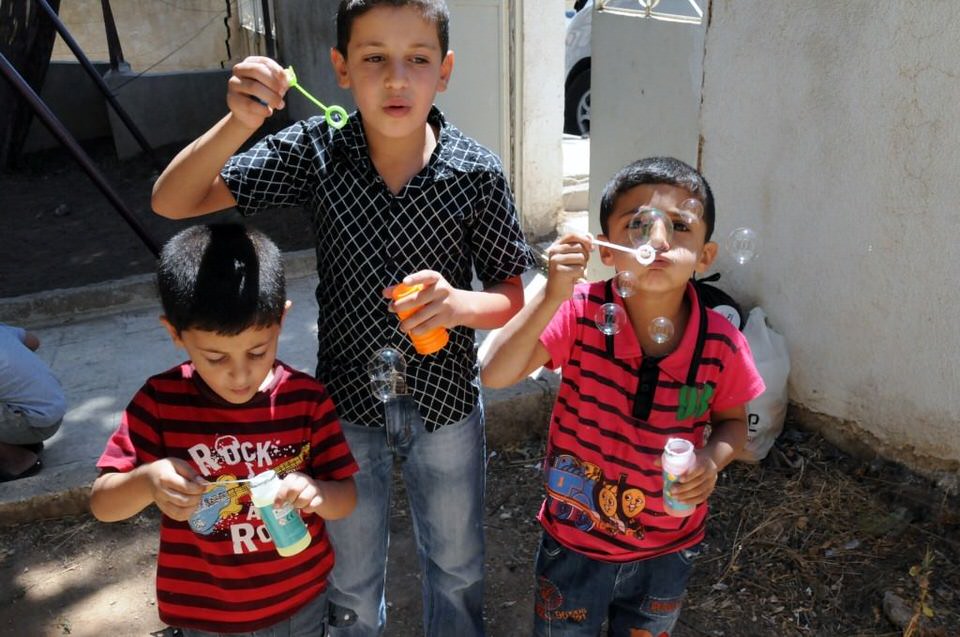 I remember one little boy in a wheelchair. He was young and vulnerable. His father spoke English. We started chatting about life at the camp especially for his son. I had helped find wheelchairs for this charity before I left on this mission. For me the boy in the wheelchair represented the fruits of that search and how it helped someone live a fuller life. He asked me why the USA didn’t do more. I explained that private organizations and the American people were helping as much as possible.  Before leaving them, I took the whistle off from around my neck and put it around his son’s neck. I told him to blow the whistle if he needed help. His son was so happy to have my whistle. I said it was from America.  His dad smiled and thanked me.  I felt gratitude and affection from the father’s smile. Public displays of affection are frowned on in Jordan.

The sadness of the situation made each day draining. Photographing the Jordanian Women’s Union changed my life.  In this sea of despair and conflict, witnessing their saving work and selfless compassion is humbling and uplifting.

← Previous Story Why Middle East Travel – See the Cradle of Civilization or Not?
Next Story → Visit Peaceful Haifa Israel