Hunting for Sandweiler, the German Military Cemetery in Luxembourg 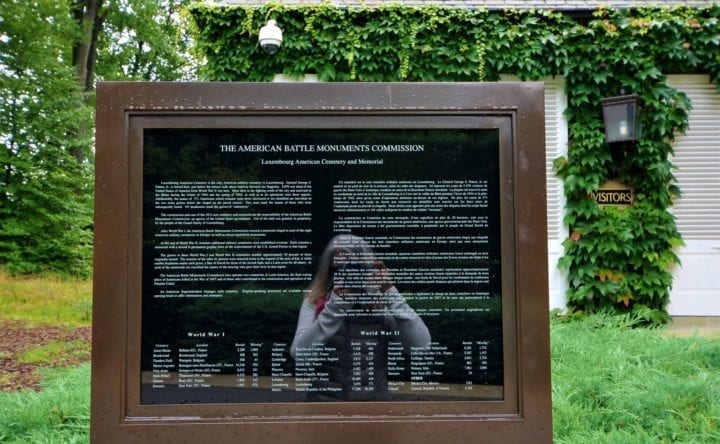 Hunting for Sandweiler, the German Military Cemetery in Luxembourg

The Sandweiler German WWII War Cemetery is in Sandweiler, a town in southern Luxembourg. Here is where the graves of 10,913 German soldiers from the Battle of the Bulge, winter campaign from 1944 to spring 1945 rest. Let me say, the Nazi’s were and are a plague on the planet, but with respect to Germans soldiers who died, it’s interesting to see the difference between the American and German burial sights. Compared to the Luxembourg American Cemetery and Memorial in Hamm, Luxembourg, twice as many soldiers rest here in Sandweiler German WWII War Cemetery. The small white street sign marks the way. However, hunting for a German Military Cemetery in Luxembourg takes a short drive from the American Cemetery and Memorial and a walk to find it.

Hunting for a German Military Cemetery

Down the Road from Hamm is Sandweiler

We drove down the road until it ended. Parked the car and looked around, deciding if we wanted to take a walk to find the cemetery. We saw two other visitors, walking towards us and asked if we should continue down the road and how far we had to walk.

The moss-covered path looked like it hadn’t been walked on for a long time. I heard a bird chirp.  The warning scared me. The bird continued to warn anyone and everyone, that we were coming. The lone bird was the only guard, at attention, protecting the fallen soldiers. The woods smelt fresh and  looked like old growth timber and new underbrush.  I spied through the woods a bright opening and the light revealed hundreds if not thousands of gravestones. It was almost hard to comprehend, thousands of identical headstones. All the tombstones, lined up at attention, in perfect formation, waiting to greet me. 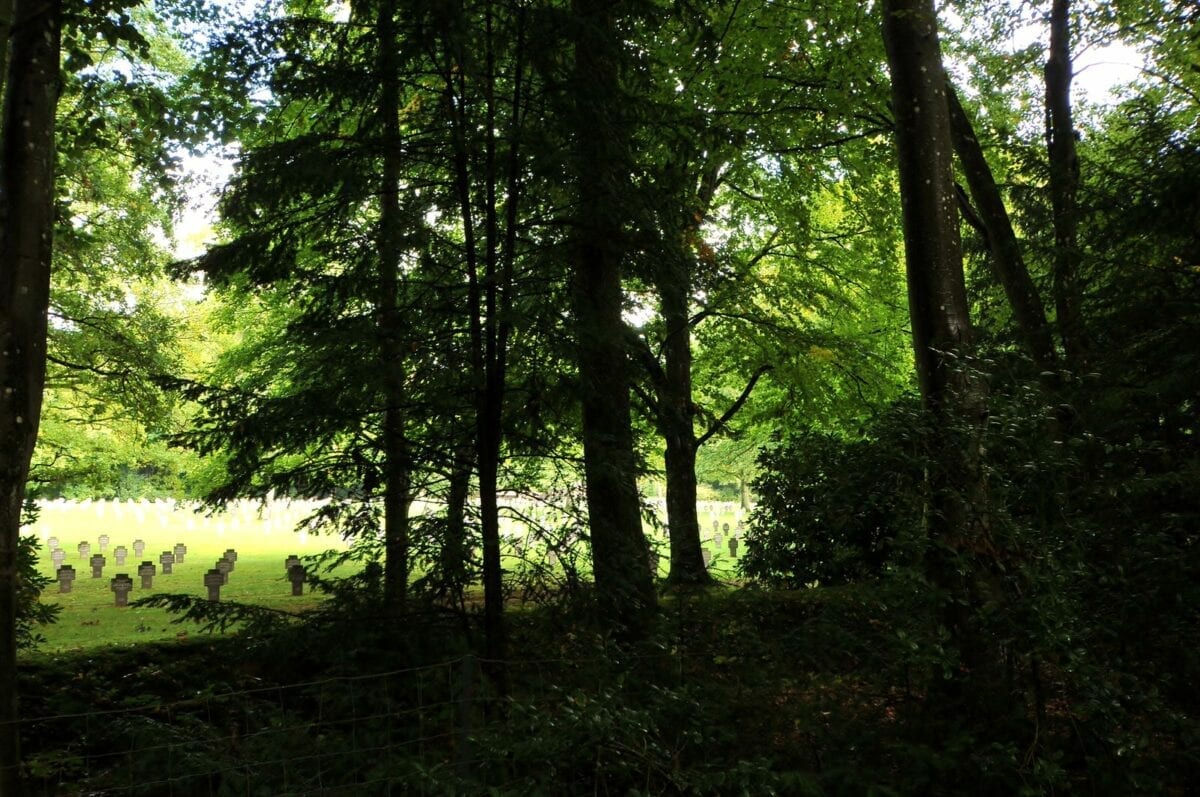 The soldiers buried here once lay in mass graves and were moved here by agreement of Luxembourg, American, and German governments. With only incomplete records the German War Graves Commission (Volksbund Deutsche Kriegsgräberfürsorge) tried to identify as many soldiers as possible. As a result, 4,014 of the 4,829 in the communal comrades’ graves are now at German Military Cemetery the servicemen, identified, listed and at rest.

The last interred soldier’s remains were those of an unknown German soldier discovered in the forests of Schumann’s Eck near Wiltz in late 2007.

He is now joined by his German brothers remains at this quiet, weathered, resting place. A place that is off the beaten tourist area, but worth a trip here to remember the price of war and the cost to all of us. 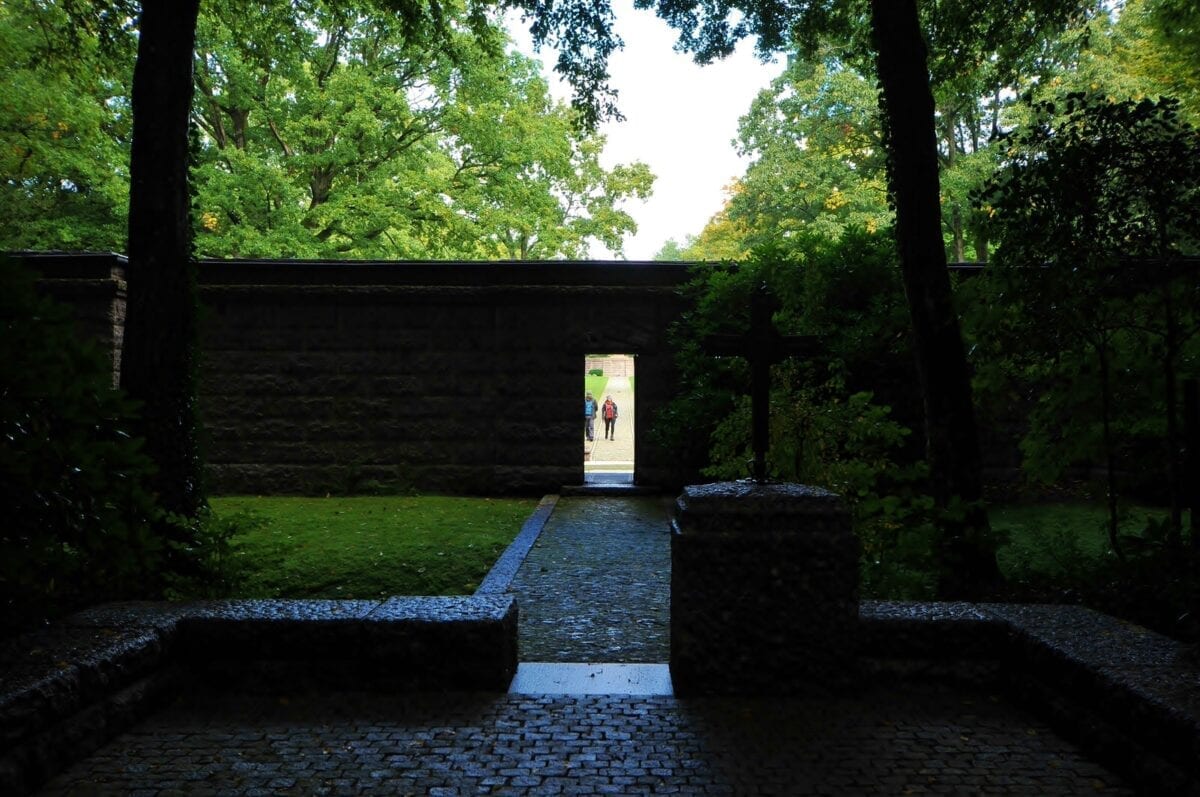 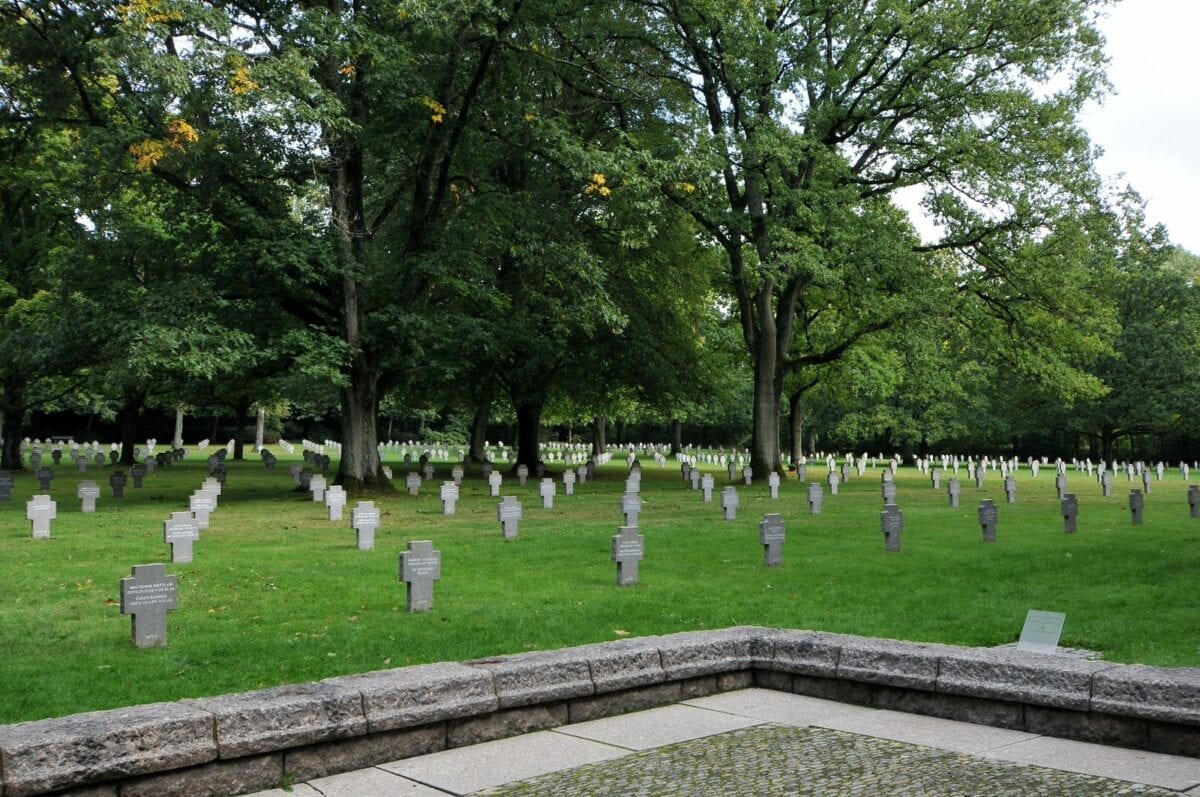 The feeling at the site was somber. The day was cloudy and grey and fitting for this visit. The yard was not well-manicured like the lawns at the American Cemetery and Memorial just down the street. Every aspect of the cemetery was different. From the marble gravestones of the American cemetery to the granite ones here, everything felt different. There was no security or guards. The grave markers were all the same, a Jerusalem cross. 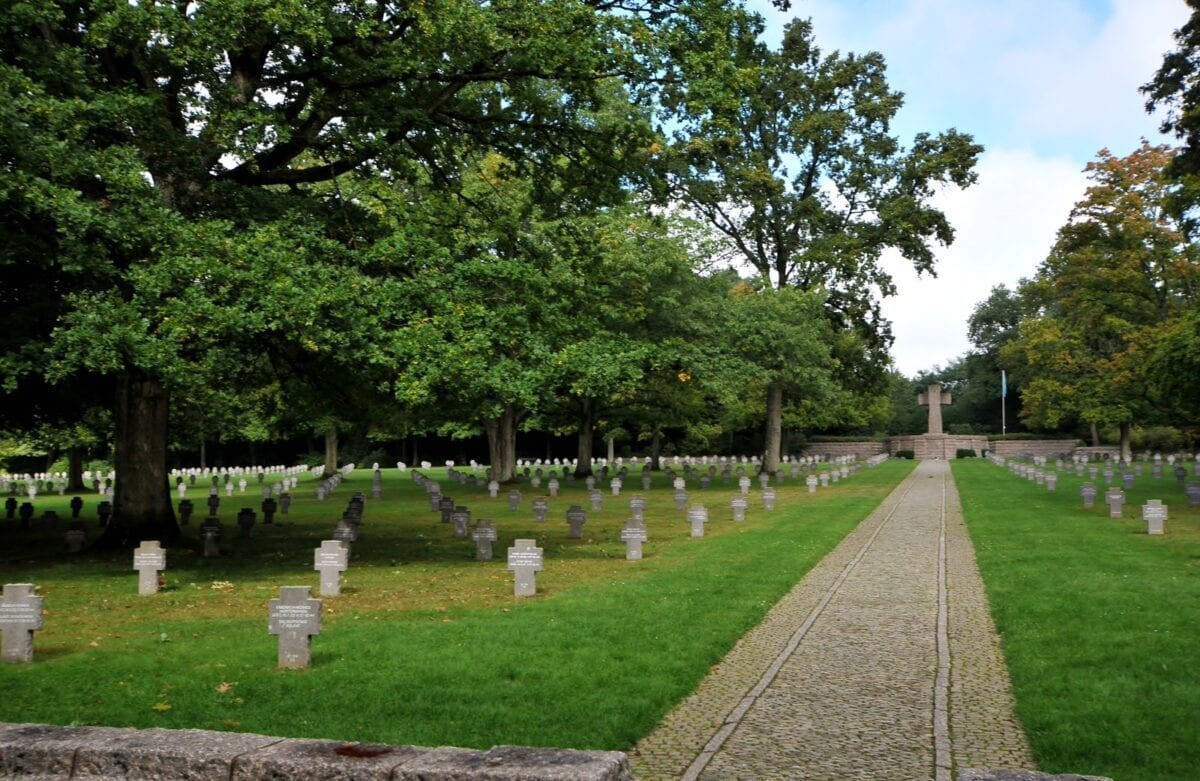 The cemetery didn’t have sweeping views, like most, but rows and rows of granite tombstones, holding twice as many bodies as the American Cemetery and Memorial in the next town. The stone walkways had a light covering of green moss covering the edges and on the headstones were bits of lichen, algae, and fungus. A power washer could clean the granite tombstones and pathway, but, it appeared little to no maintenance kept the grounds cleared.

When exiting the stone facade, the inside wall had several bronze plaques giving honor to those who served. There were memorials to these German men and a list of soldiers who fought in each campaign. I felt utterly depressed after visiting. I thought of the young men, who had to serve the German government, for a cause they may not have believed in, kids who were sent to war and never came home. Nazi government, the evil of all evils but, the German men, who served, were just men born in a country with a ruthless regime. Some sent to service by their parents. Other soldiers were sent to war because they immigrated from Germany and went back to defend the fatherland. Some men wanted to patriotically serve the homeland. They were just, on the wrong side of history. 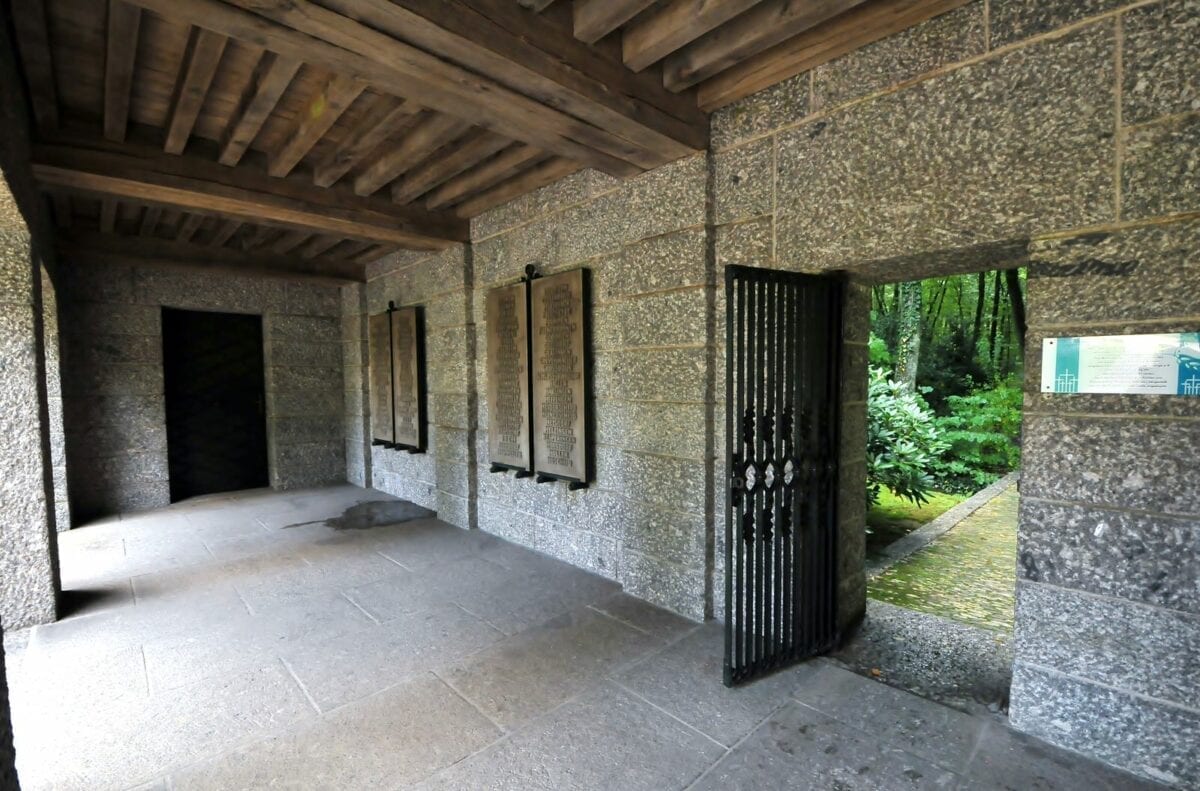 We had discovered a treasure, something few tourist see. For that matter, locals may not know it exists. We paid our respects and went on to Bastogne Belgium.