How to Travel Inside UN Syrian Refugee Camps 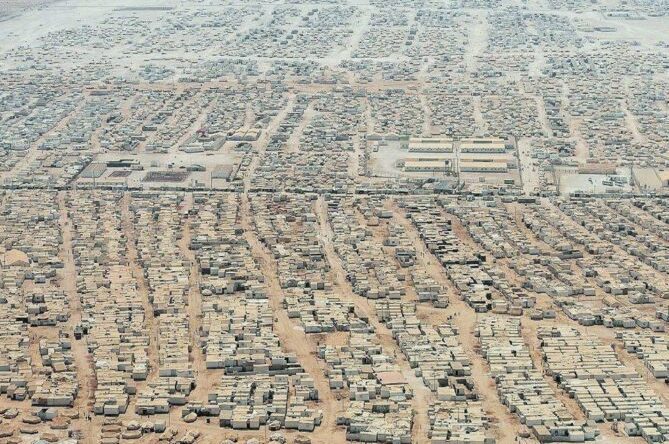 In September 2014, at the end of the 2014 Israel-Palestinian War, I went to UN Syrian Refugee Camps in Jordan. I was asked to go to Jordan as part of my Middle East trip. I received funding from the Episcopal Church, the Diocese of Olympia Washington. The Chruch provided funding and encouraged me to go to Israel, Palestine, and Jordan. Here is How to Volunteer and Travel More.

On my for the third trip to Jordan, first time to Israel.  The trip was the first time I was going as a volunteer. The volunteer group brought me to the UN Camp for Syrian refugees,  asked me to photograph the Syrian UN refugee situation and to bring back photos of their volunteer work in Jordan.

Two Trips in One

There were two sponsors, for this trip – the church who asked me to take pictures of the camps in Palestine. The Board Members and others who need the pictures used them.

Camps as Big as a City

The second sponsor was the non-profit who sponsored my trip to Jordan to photograph the Syrian Refugee situation.

Today the conflict continues. Governments seek a political solution to resolve the problem permanently. However, now ISIS controls a significant portion of the region. It’s is complicated over there. The people who suffer are the children, the lost generation that has nothing and has lost their homeland.

The Location of this camp is on the outskirts of Amman, Jordan in a desert that is scorching during the day and freezing at night. The location is near the Syrian border. The best way to tell this story is to show the photos.

I hope my photos capture the suffering and the successes the Jordan government has achieved.

Without papers or family, these people are homeless and without a country.
I found it difficult to look into the eyes of the people and children of the camp. They came here because they don’t have ID or passport, family in the area or money.

Long days and nights photographing the children made my heart aches I wish I could do more. The children who live here laugh and play. The camp is their new home. Little girls as young as twelve get married because it was safer than the alternative. We saw many women who had four and five children by the age of nineteen.

If only the world knew, what Jordan is doing. Jordan is working hard, to relive this humanitarian crisis. A social crisis is brewing. These camps build a permanent settlement without even knowing it. Soon the crisis will be unparalleled and a world catastrophe.

Unfortunately, the crisis is so bad it has overflowed beyond the camps. Desperate, the Syrians will do whatever they need to do to save their children. The children are a lost generation. The parents flee because all the parents want to is to provide a future for their children. When you look at the camp, you feel grateful for the UN and Jordan.  I wonder how horrible it must have been in Syria.

Children welcome us as the play at UN Syrian refugee camps

You can see more of my trip here.

They children appreciate all the help – if you have time, this is a place could use your help. The kids love playtime and are adorable. Here is the highlight of my trip: PLAYTIME.

Whenever company comes, it is playtime at UN Syrian refugee camps