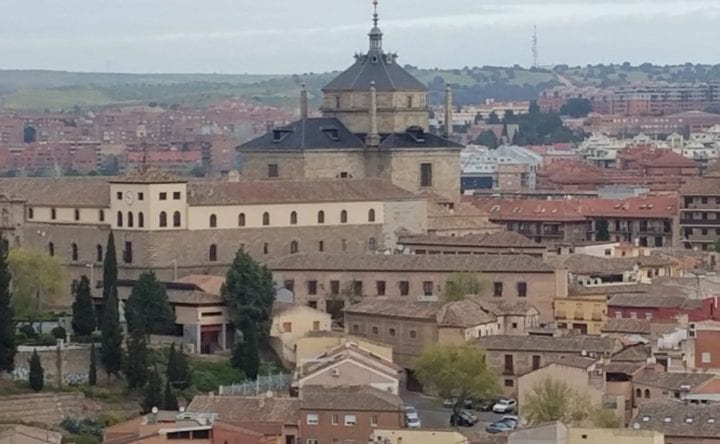 The walled medieval city of Toledo, Spain has a lot of churches!  Not only does it have a lot of churches, but also ancient synagogues, medieval homes and is totally fascinating to explore. Because of all of the churches and holy synagogues found in Toledo; the English expression ‘Holy Toledo’ came to be. Now, add, the master painter El Greco to the mix, and you have an amazing tourist destination. How often can you see a Renaissance masters works in the place where the painting is meant to hang? Italy, England, Paris, Poland, and Toledo, Spain are the places we can still see great masters works in their original location. Toledo is El Greco home and a destination that shouldn’t be missed if you are in Spain.

Besides the cathedrals, which charge entrance fees, the smaller churches are the jewels of the fortified city. In some of the Toledo churches, specifically Santo Tome in Toledo is where you might catch an El Greco unless it’s under repair. If you can’t find one of the master’s paintings in a church, head over to The El Greco Museum. This small museum is a replicate of a home from this renaissance period. El Greco’s art and this museum are by far, the best part of Toledo. 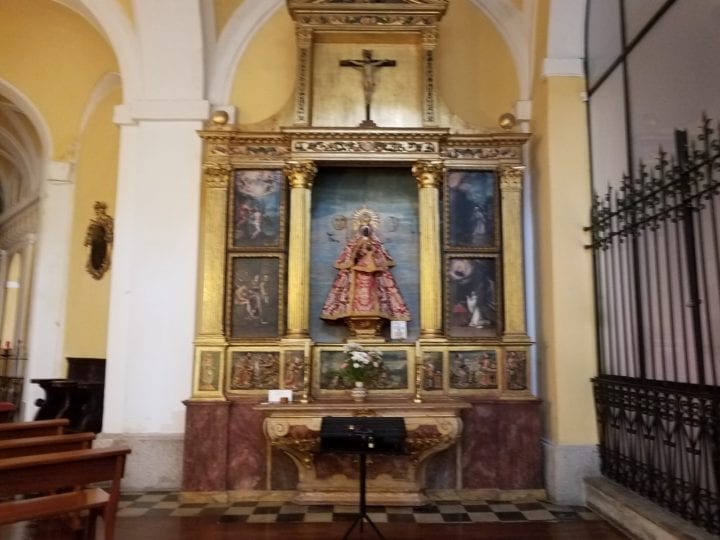 One of the areas that fascinated me is the Jewish Quarter. It’s fascinating because it’s on the outskirts of the town. Close but, just far enough way not to be part of the Christian center. Just think, hundreds of Jewish merchants and tradesmen lived here. The Jews made Toledo and Spain prosperous. The culture of Toledo is a unique Spanish town because of the Jewish influence. Now add Islamic influences, and Toldeo, Spain is one of the most fascinating world destinations. 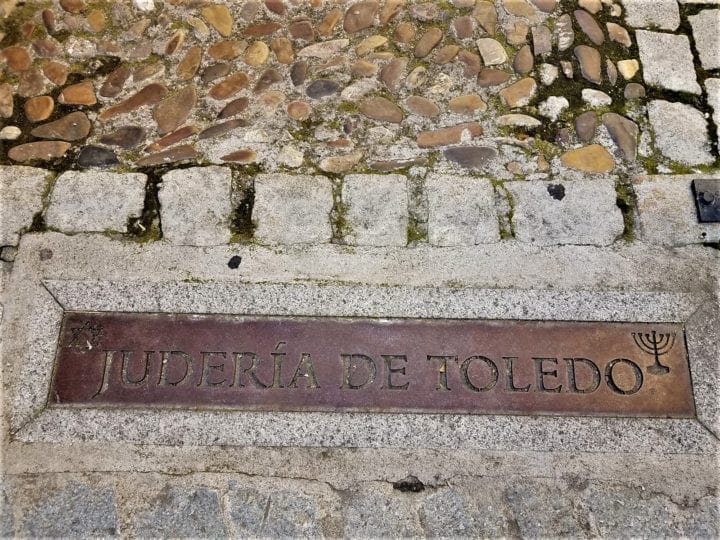 The design of the Jewish section is confining. Just when you think the streets can’t get any smaller in Toledo, they do in the Jewish Quarter. The homes are marked with Jewish symbols, that note a Jew once lived. Interestingly, this town was and still is a Muslim, Christian, and Jewish center. Most of Spain doesn’t have the three world religions living together. Most Spanish towns have naive pagan and Christian influences. This makes Toledo a unique location in Spain because of the multi-cultural influences of the three great world religions all in one center, impacting, food, architecture, and commerce. 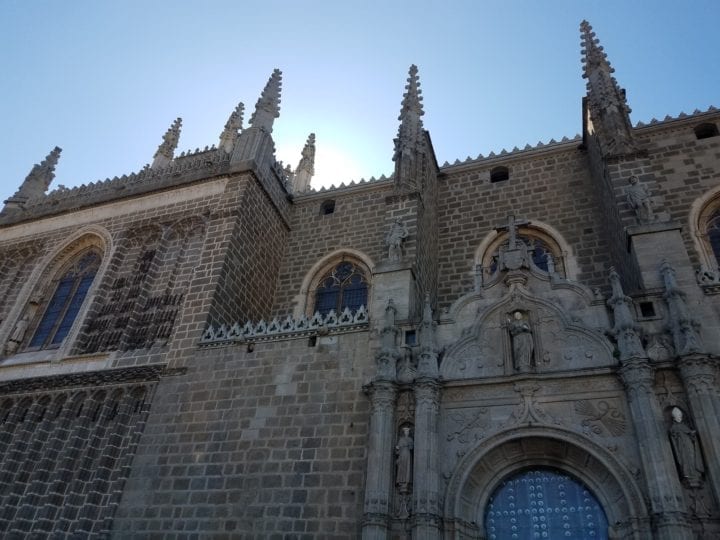 When you think of Jewish culture, I think of Synagogues higher learning, talented merchants, craftsmen, and tradesmen. Toledo has all of those. The University of Toledo is known for its wealth of knowledge even during the dark ages because of the Jews and Islamic scholars. 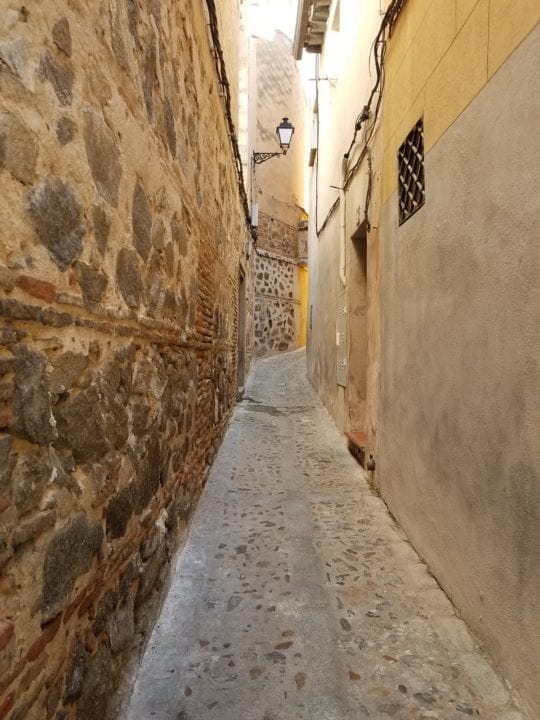 Toledo is also all about swords, knives and metal works. Merchants from Syria brought Damascus steel to Toledo. Therefore because of Muslim traders and Damascus steel, it is the metal capital of Spain. Once this steel and sword were only sold in Damascus. The Spanish imported and profited from this highly valued metal and craftsmanship. 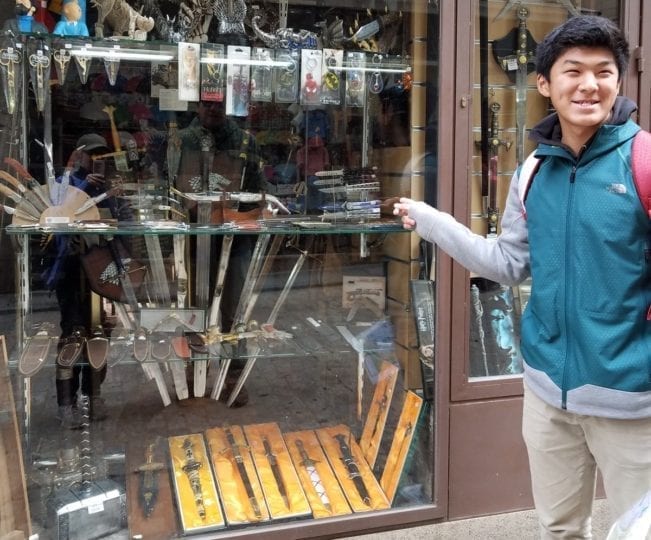 Home of the Holy Seat of Rome, Toledo’s connects secular and non-secular works of art. This Holy Roman outpost known for churches and all things holy is one of the jewels of Spain. Supported by princes, the Roman Christian Church, kings, and wealthy merchants moving up in the world, it is one of the holy places where the Pope and Christians built important Cathedrals. Cathedral of Toledo is the most famous. But, El Greco adds to the fame and majesty to many Churches in Toledo because his masterpieces adorn the altars. 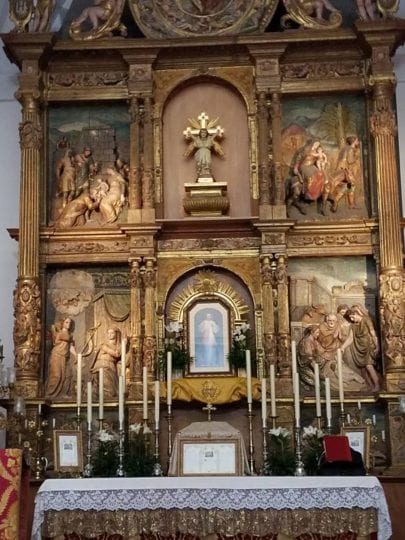 El Greco is one of the revolutionary Renaissance Masters. If seeing an El Greco in a church isn’t enough, visit his museum. Free to seniors, and students, and open to the public for three Euros, the museum is a great value. This outstanding museum has one of the largest collections of his works and his student’s works. El Greco was copied by his students to learn the art of painting. The student’s copied his work because his technique is so unique. Some say he is the father of expressionism. For a good summary about El Greco’s works read about him on the Web Gallery. 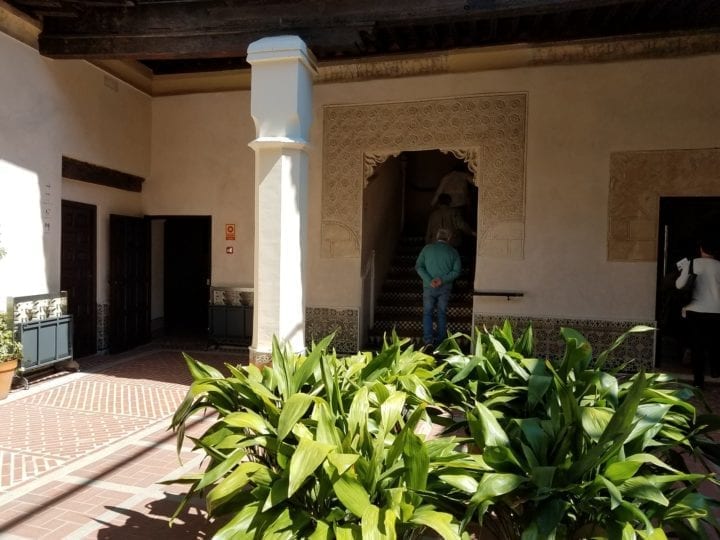 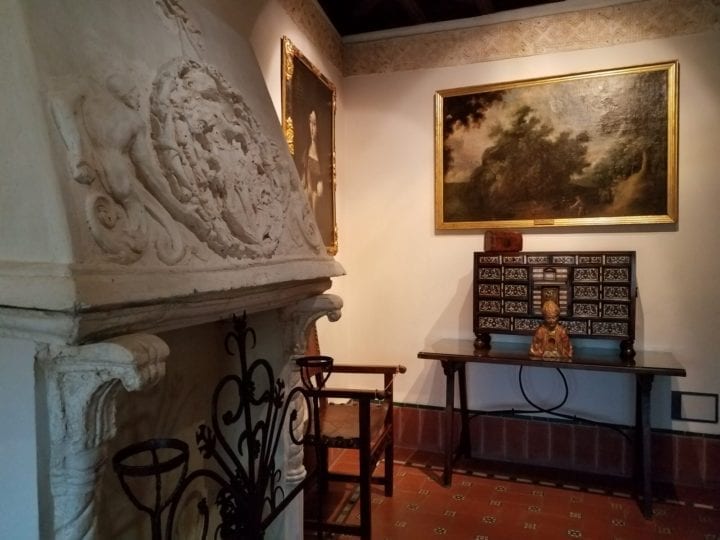 Spain has many important cities, but few are as pretty, historical, and jewel-like as Toledo. After completing the Camino de Santiago from Sarria to Santiago, it’s only fitting that Toledo is a final destination spot. I saw this plaque on a wall. (below)

It says, “Do you want to pick up your cross and follow me?” 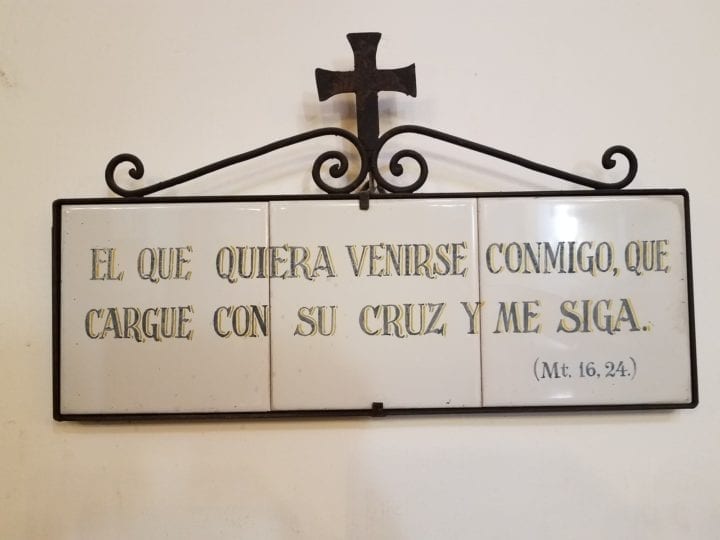 River Without Water, The Jordan River

Kate started traveling for work. Now with grown children, who are travelers, she travels for pleasure looking for great travel experiences. Currently, her home is in Bellevue, WA, and lives with her cat Angelina Jolie. She has a Bachelor's of Fine Arts, Studio Arts and Art History from the University of Colorado, and from City University, Seattle, an MBA and Master of Arts, Management. Her favorite things are exploring cultures, traveling the world, creating a painting and sour foods.

← Previous Story The People on ‘The French Way’ Camino de Santiago
Next Story → Travel to the End of the Earth, Fisterra Spain