Auschwitz Death Camp - Why Go to a Concentration Camp on Vacation? 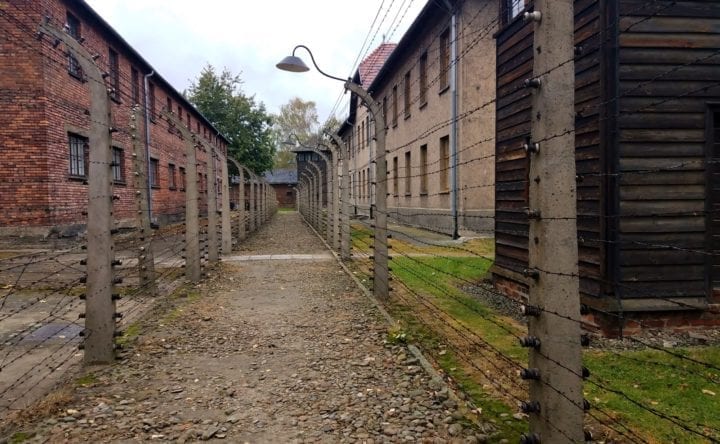 Auschwitz – Why Go to a Death Camp on Vacation?

How do I write about Auschwitz? I have been to the original concentration camp, Dachau. Dachau didn’t affect me the same way Auschwitz did. Going to Auschwitz is a hard trip and changes your life. So, why go to a death camp on vacation? I went to learn. The day I went, it was cold, grey day with rain. I had on warm clothing. Concentration camp survivors didn’t have warm clothing, food, shoes, medicine, or rest. Some were killed in the showers as they arrived. Those who passed the first judgment had to work until they died. When they couldn’t work, the soldiers shot the captive prisoners.

How did they survive?

The Holocaust survivors willed themselves to survive.

My friend, Suzanne survived Auschwitz. She was the most gracious, generous, forgiving person I have ever known. Suzanne died in 2009. She lived a free life.

When I asked her why and how she was so positive, happy and kind before I knew she had survived Auschwitz. She said, “Why not, and I have lived. Every day is beautiful.”

Suzanne was my kids ‘other grandmother’. She didn’t have children of her own, but, she was essential to my kids and helped make them who they are today. We adopted her and she chose us. Suzanne survived a death camp and walked the Birkenau Death March. If she can live through all that, I can go to a death camp on vacation. My trip didn’t memorialize her, nothing can. Her legacy is her brilliant mind, kindness, generosity, and the influence she left on all who met her.

Suzanne arrived at Auschwitz and was moved to Auschwitz II–Birkenau. She was at the death camps for two years.

She was from a wealthy family in Paris. The Nazi’s took her family home and their art collection. Seven thousand children came to Auschwitz, and 700 children survived, Suzanne Sands was one of the 700 children. She went on to graduate from the Sorbonne and married a man from Olympia, Washington, who she met during WWII, and later became his French teacher, in 1950.

I originally made this trip to see where my great-great-grandfather went to open his bakery. All the places I saw on my trip was due to him and Suzanne.

His trip went from Germany to Austria, Hungary, Poland, and finally to Moscow. When in Moscow he decided he had to come to the U.S.A. If my great-great-grandfather hadn’t left Europe, based on where he traveled to open a bakery, his family, and my grandmother may have ended up like Suzanne.

His ancestors had been Jewish. He couldn’t pass as an Aryan. How did the Nazi’s construct this identity? Therefore, regardless, of what religion you practiced, based on your bloodline, he was part Jewish, and The Final Solution may have included him.

On this trip, I saw the past, present, and future. I saw what could have happened to my family. But, thanks to God, my great-great-grandfather came to the United States in 1850. Letters were written in 1960, still calling him out as a Protestant Jew.

Auschwitz Death Camp – Will We Ever Learn?

Suzanne lived first in Block 10 and then moved to Block 16a when she menstruated. Here is where she lived. 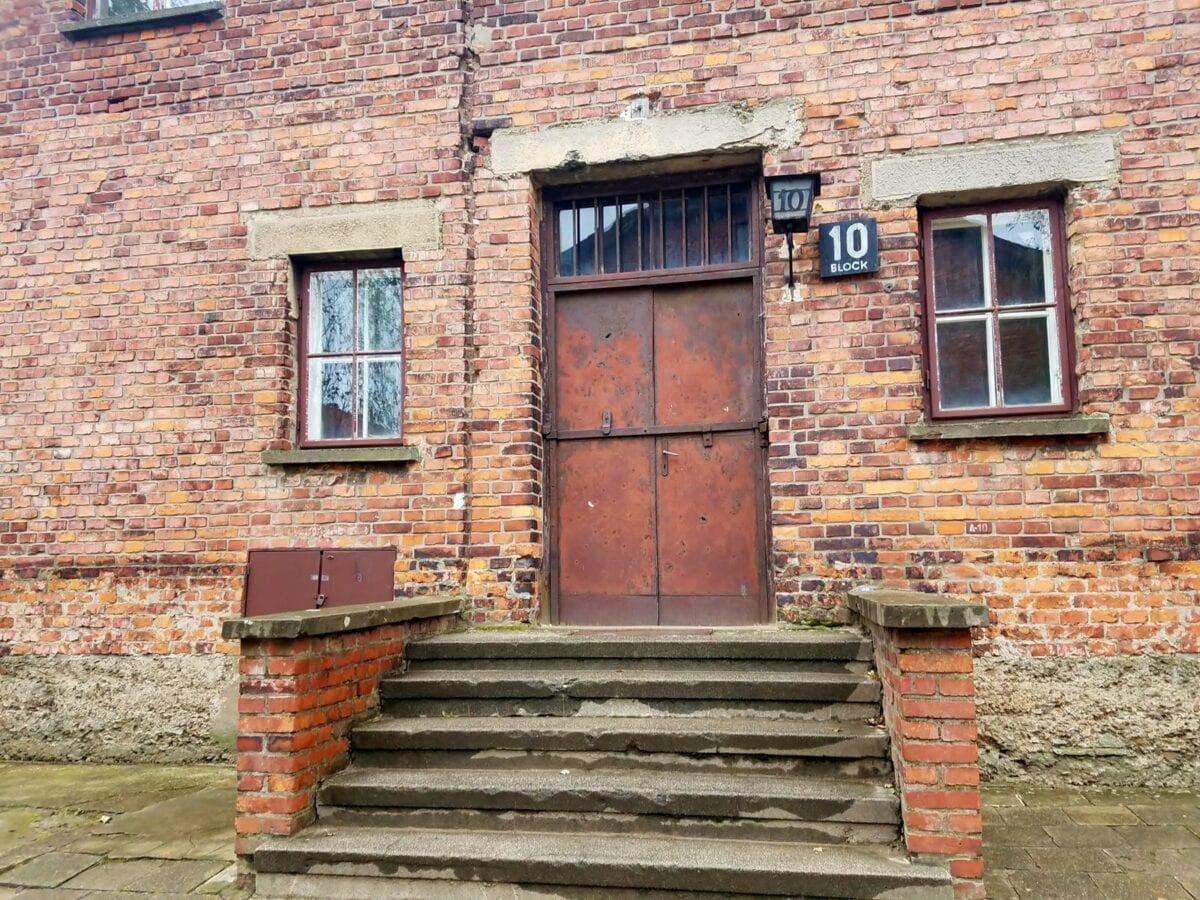 I told my guide I was writing about the Auschwitz tour experience. Asking her advice, I wondered what I should write about. Her reply was ‘write about how Auschwitz made you feel.” I felt disgusted with humanity. I came home angry. How could this happen? How did ‘we’ not value human life: the life of Jews, Gays, and minority groups?

The people who survived Auschwitz-Birkenau concentration camp asked that the camps never be destroyed. They kept them in the condition it was found so man will not forget how cruel humankind can be. Let’s not forget or repeat what happened here. Remember treat everyone with respect. 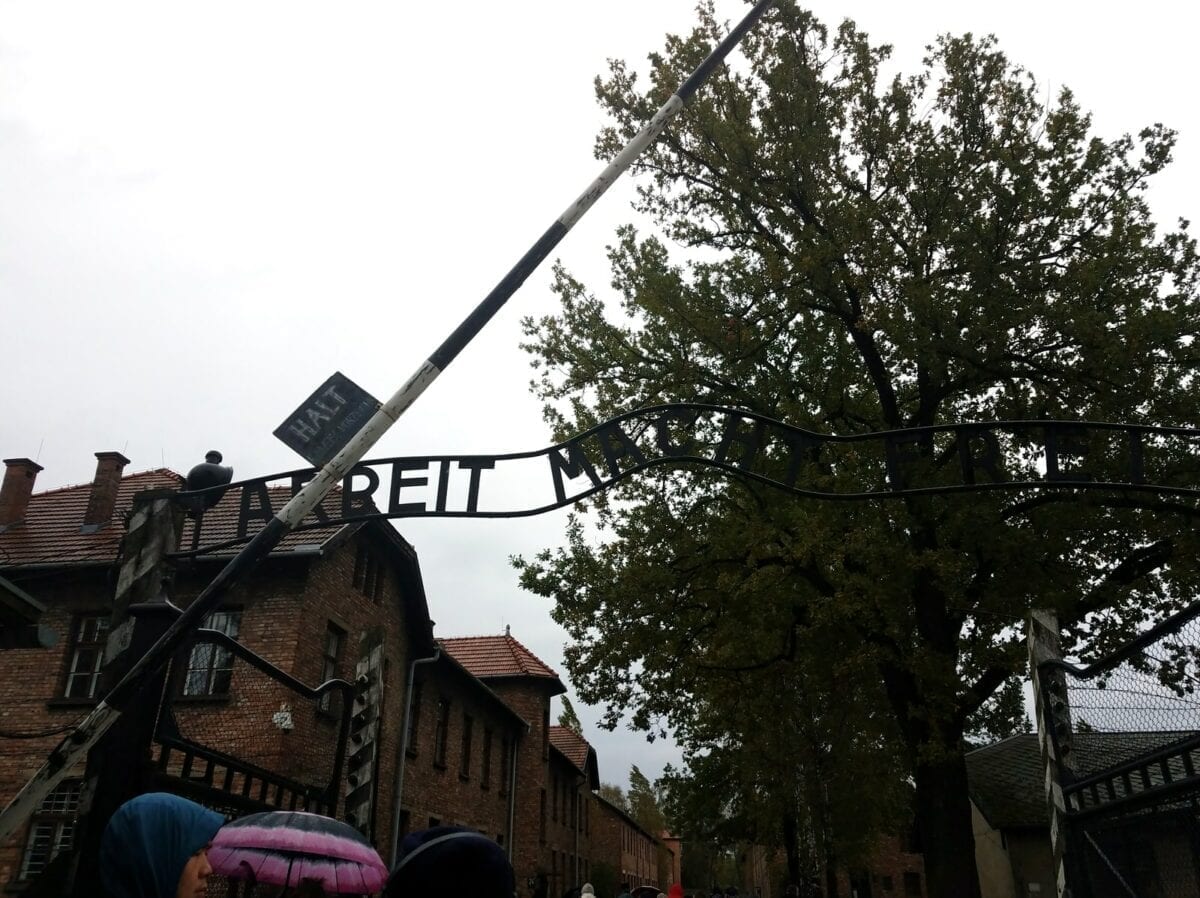 Why Go to an Auschwitz Death Camp on Vacation?

The answer is simple. Everyone must experience Auschwitz so it never happens again. How could the United States know what was going on, and not do something about it?  I have no idea how anyone survived.

The Auschwitz concentration camp complex was the largest of its kind established by the Nazi regime. It included three main camps. All three fields used prisoners for forced labor. One of them also functioned for an extended period as a killing center. The camps were located approximately 37 miles west of Krakow. They were near the prewar German-Polish border in Upper Silesia, an area that Nazi Germany annexed in 1939 after invading and conquering Poland. (Source: Holocaust Encyclopedia) 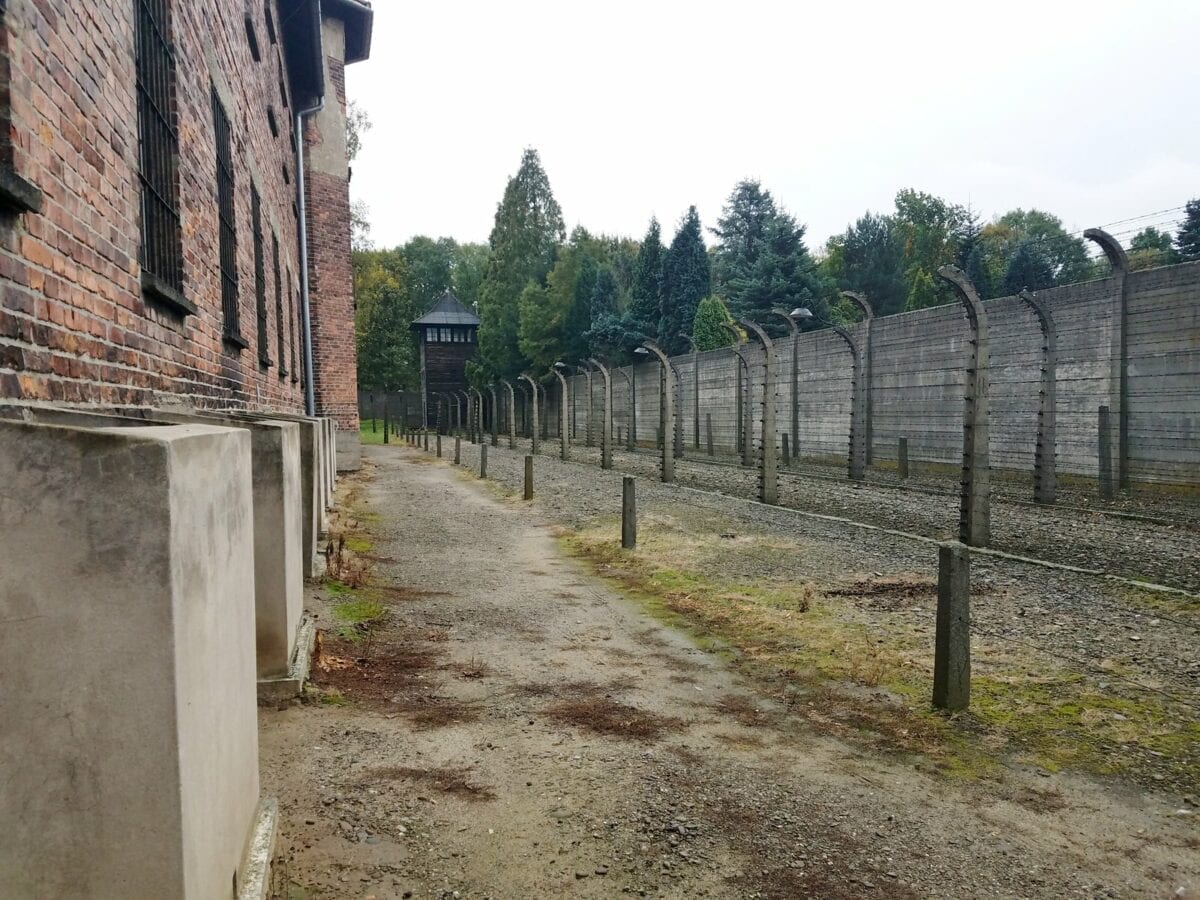 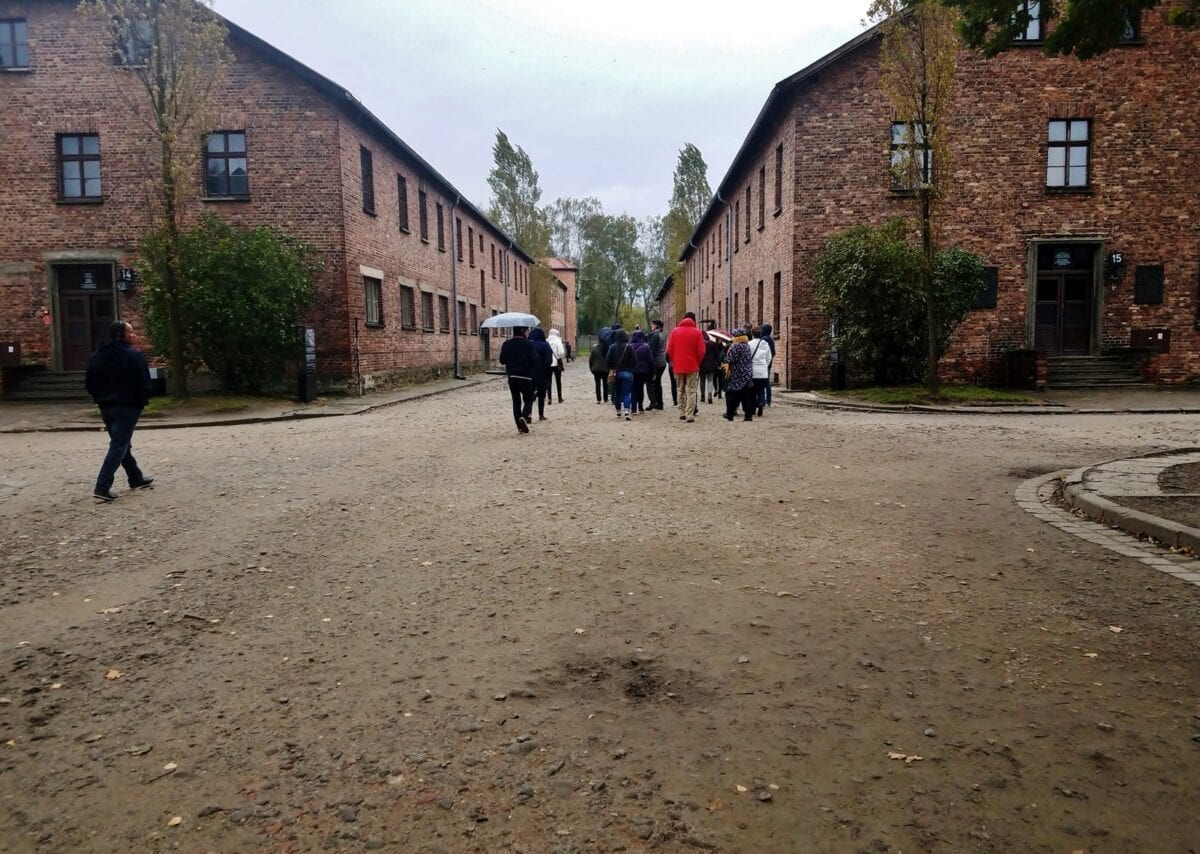 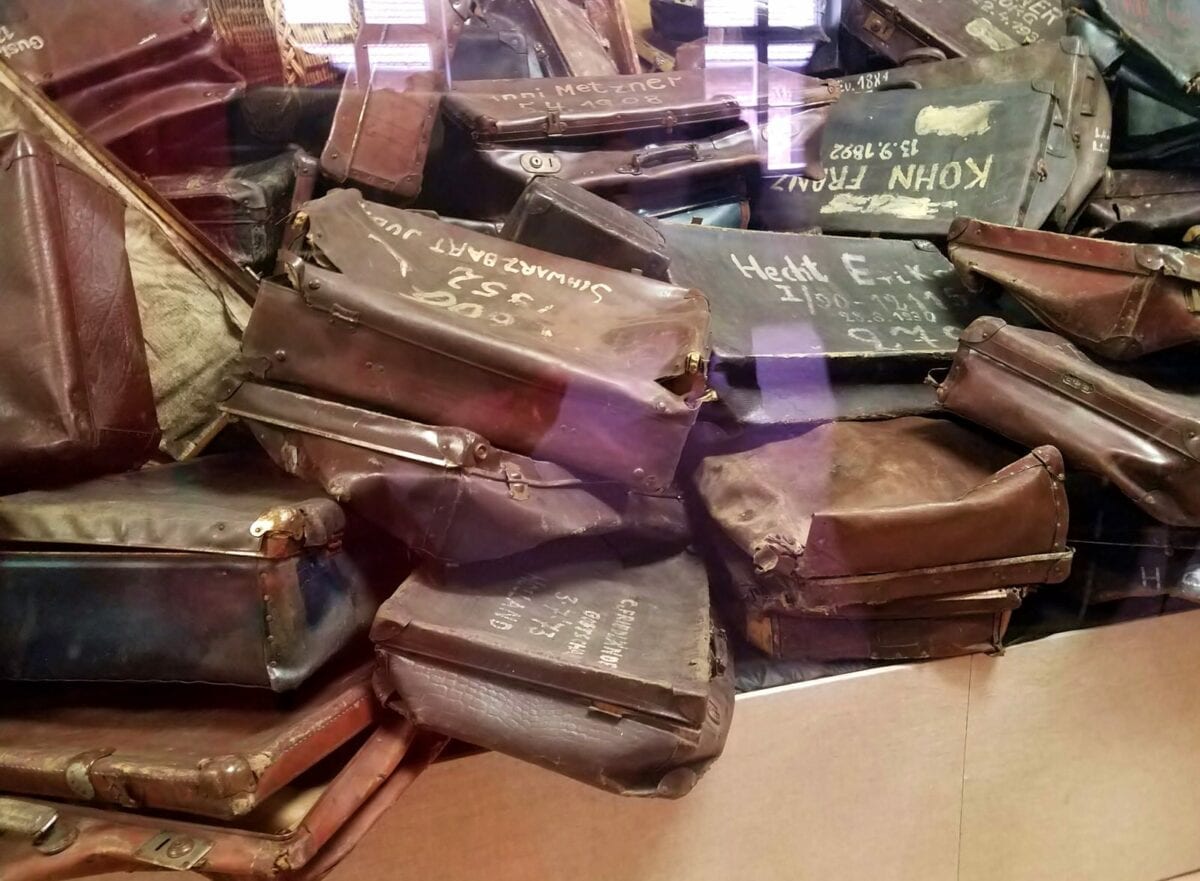 What Kept them Alive

My friend Suzanne experienced this, more importantly, her will kept her alive. The first time, I saw this, I gasped. I have not been somewhere and couldn’t stomach to take photos. When you arrived at Auschwitz, the guards took everyone’s belongs because they were not going to survive. To keep the victims calm, they asked them to write their name on their bags so they could find them. 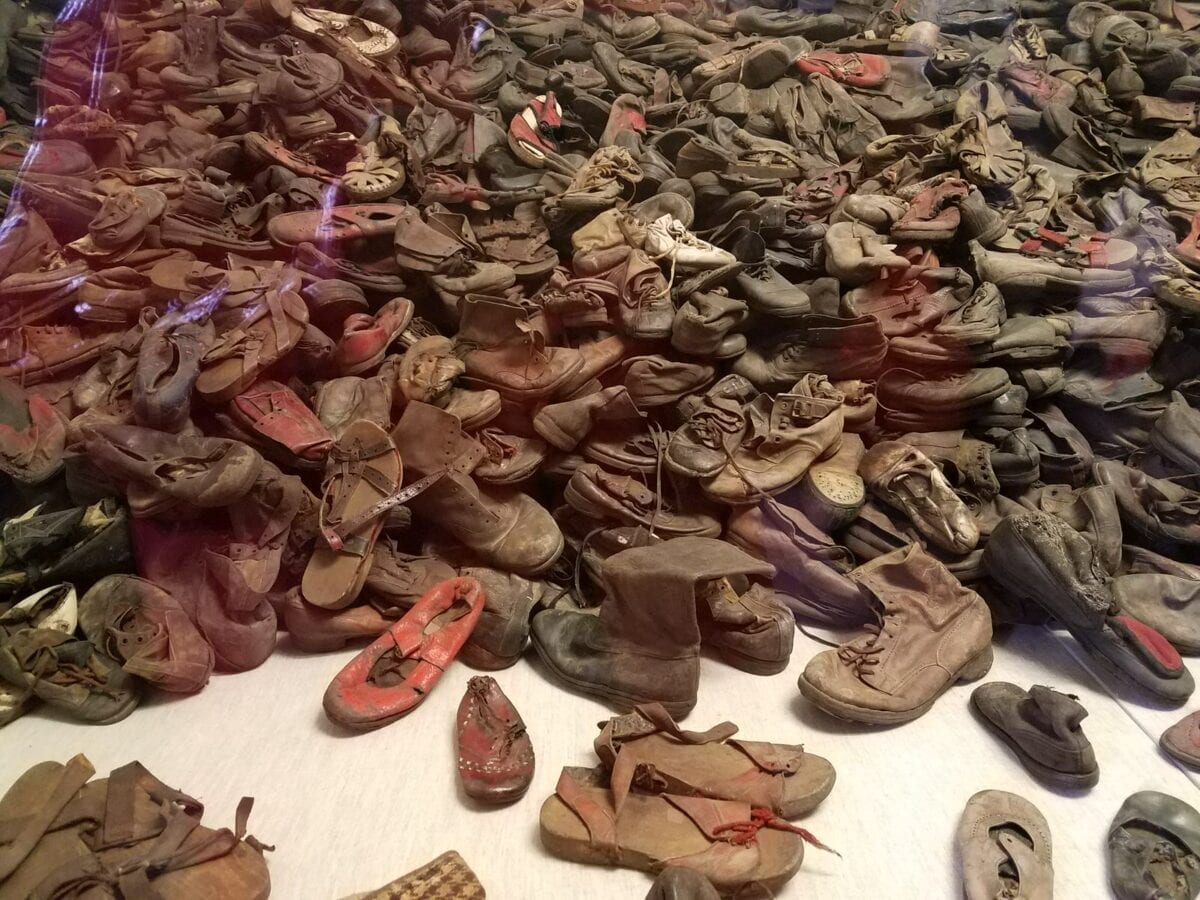 The tracks to Auschwitz II–Birkenau entrance 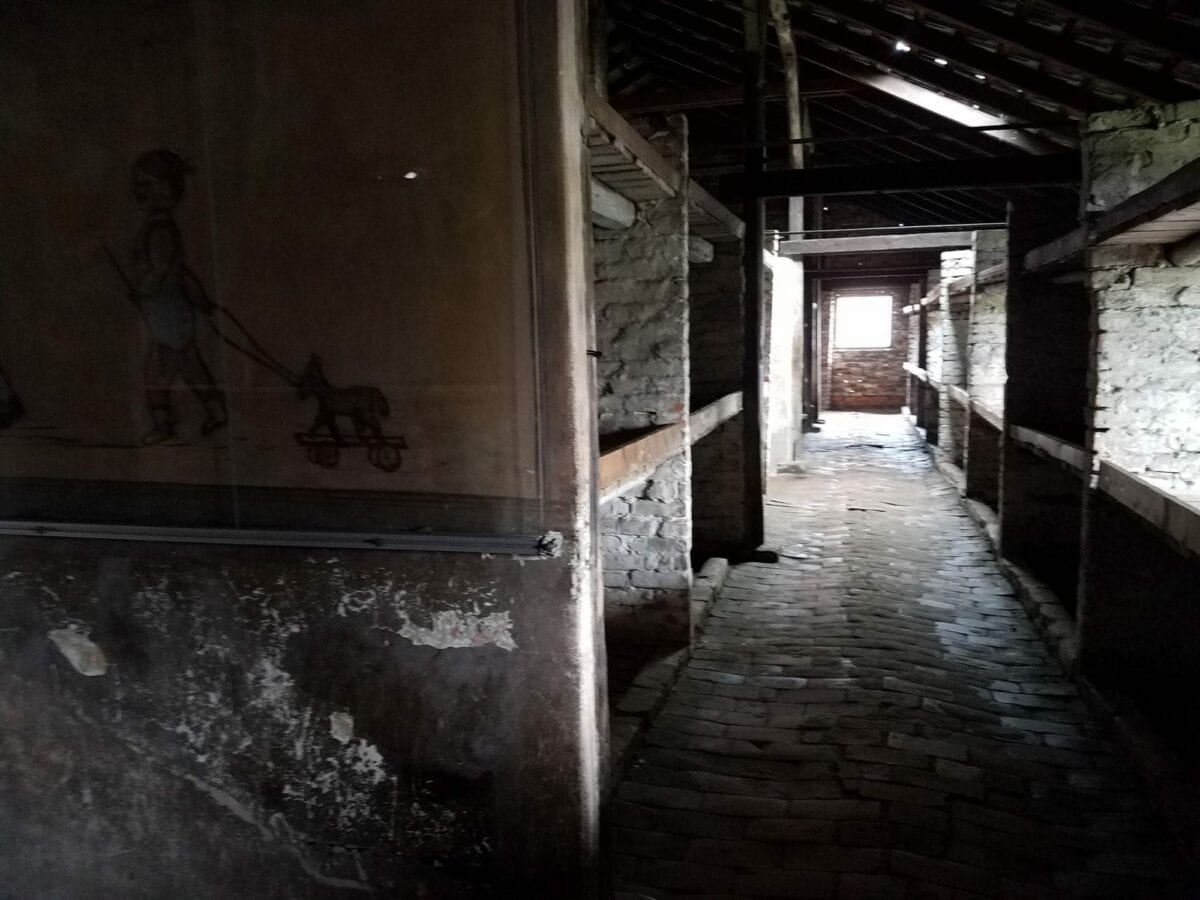 This is the doorway the mothers made for the children. They told the children to make it through one more day because playing with friends and toys are coming soon. 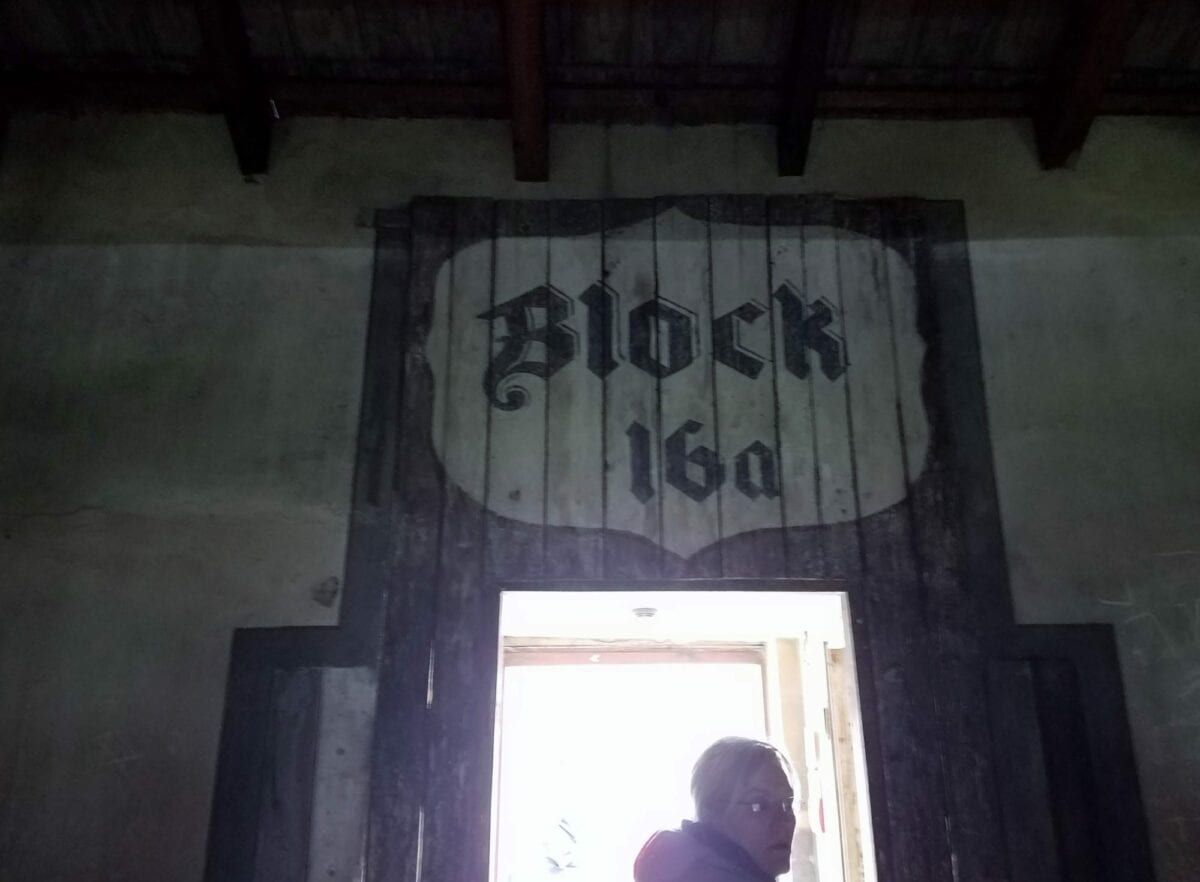