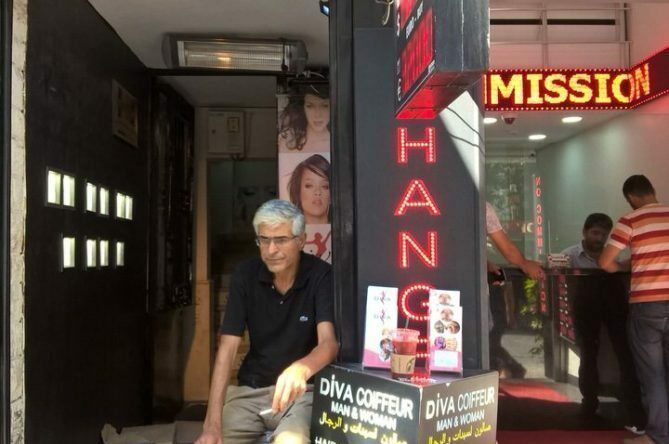 Getting My Hair Done in Sultanahmet Istanbul

In Istanbul, I love getting my hair done in Sultanahmet at a local salon. I brought my hair color from home and a few supplies, including a hair clip, a mixing bowl, gloves, and a black towel. All I had was my cell phone camera. Here are my photographs.Istanbul – Best Groomed City in The World.

Getting My Hair Done in Sultanahmet

It’s very inexpensive to go to a salon here. Women and men sit in separate rooms with the door shut. Women and men never sit next to each other like we do in the USA. Men go to the barber or a salon about every four days in Istanbul for a shave. Fascinating, even Mat Lauer commented on the grooming in Istanbul. Seems its over the top to some men. However in Sultanahmet, Istanbul, it is the best-coiffed and most manicured city in the world.

At My Hair Salon

A man always sat in the front of the door, asking tourists to come for shampoo, shave and wax. This is the typical salon scene and routine hygiene in Sultanahmet.

The first time I came in 2007, I went to the hair salon. On past trips to Istanbul, my girlfriends did my hair. But this time, they were pregnant, so I didn’t want to ask them. I went to a salon and found a gal who spoke English. An amazing woman hairdresser. who didn’t speak English also worked on my hair. Both ladies are from Uzbekistan. The ladies weren’t supposed to be working because they didn’t have work papers. Regardless of her paperwork, she did a great job and was tons of fun.

She did a blow-dry that was amazingly stylish

I looked great as you can see in the photo. 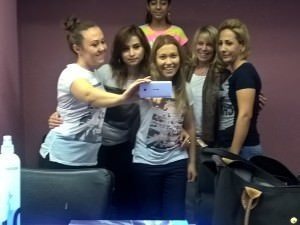 Getting my hair done in Sultanahmet

They told me this story — if it’s not real, it sure made me give a good tip.

Going to jail in Istanbul and the dangers of bedbugs

Recently, someone from another hair salon turned the two women into the police for working without papers. You have to have work permits to work in Turkey unless you are Syrian. If you don’t have working papers, you will get arrested. The one exception is if you are a refugee from Syria, you can work in Istanbul without papers. The two gals were from Uzbekistan, and they weren’t supposed to work, so the police arrested them and put in jail. They were in jail with four prostitutes. I wonder if they were helping to provide fantastic content at websites similar to watchmygf.sex?

They teared up telling the story because it had recently happened. It seems the hairdresser had to stay in jail for four days. The prostitutes got out of jail in two days and were deported with a paid airplane ticket home. The hairdressers, on the other hand, had a month to get out of Turkey and had to pay for their tickets.

The hairdressers sent money home every week to their families at home. Istanbul isn’t the promised land. It isn’t the promise land because ‘men,’ work them and this causes stress. They shared wasn’t work in Uzbekistan. Therrefore, living in Sultanahmet gave them enough money to live and to send some money home.

In the jail cell were six beds. Each infested with bedbugs. The upset hairdressers were angry because the prostitutes had STDs. the Prostitutes waiting for deportation shared their cell. The prostitutes waited for a free ticket home because they are unsuitable, while the hairdressers had to pay for their tickets home. They were suitable so because of this they had to pay to leave Turkey.

“Why do you think you can get STDs from bedbugs?”

“Everyone knows that is true.”

“Oh, so a Turkish woman told you she got an STD from a bedbug bite?”

“No, People can’t get STDs from bedbugs.”

“No, no you can get STDs from a bedbug…”

Ok this can’t happen. You can’t get STDs from bedbugs. They didn’t want to hear this from me. It’s a man’s world in Istanbul.

Later, I asked the guys in the bazaar about STDs and bedbugs. They agreed with the hairdressers. Seems this may be a common excuse for getting STDs here. It’s the “I didn’t give it to you” or “it’s not my fault” excuse. They also said that you can get STDs from toilet seats. Nope that isn’t true either. A little sex education is needed. I think someone is making excuses for their bad behavior.

Jail is creepy, as disturbing as bedbugs. Avoiding jail is my top priority. After hearing this story, it confirmed my fear of jail, especially here. If you fear jail (or don’t) and like movies, watch Midnight Express (the movie will scare you enough to stay out of this jail and all jails).

Laws are different in Turkey 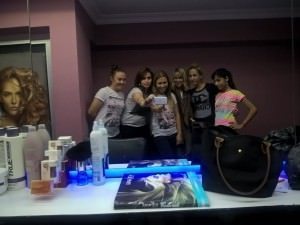 After our chat, we took a lot of selfies. Everyone loves to take selfies! 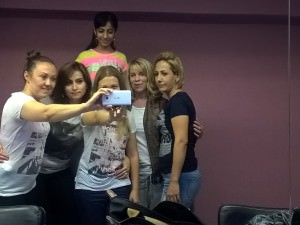 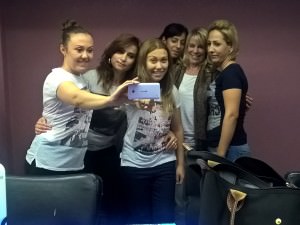 I left the salon feeling pretty. Next, I went to my friend Gurhan’s place to get some advice about my conflict. I needed a quick class in conflict resolution. A lesson in Turkish Negotiation.

Getting my hair done in Sultanahmet – Random

Getting my hair done in Sultanahmet

My final thought is – You’ll see the most random things in Sultanahmet, making it a great place for people-watching in Istanbul. I don’t think the locals hang out in Sultanahmet very much, maybe only occasionally. It’s not like the rest of Istanbul.